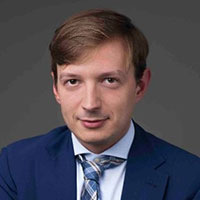 He authored numerous publications and participated in international research collaborations exploring different Artificial Intelligence topics, mostly the use of Data, Semantic Web and different forms of intelligence in the domains of Travel, Personalization, Human Resources and Innovation. My main focus is getting computers to become smarter companions to humans; going beyond basic reasoning and using user-generated, social media data and knowledge graphs to reach the next level of computer intelligence.

Milan  participated in organization of parts of A-Level international conferences in his domain, as a Challenges Coordinator at ESWC 2014 et 2015, and as co-chair of the Making Sense of Microposts Workshop, an event that attracted researchers-participants from all around the world ( in 2011 at ESWC, and from 2012-2015 at WWW – the largest conference dedicated to the Web). In 2018, he was  invited to give a keynote speach to the research community at ESWC.

Here are listed some of the most relevant publications. The whole publication list can be found on the Google Scholar account.